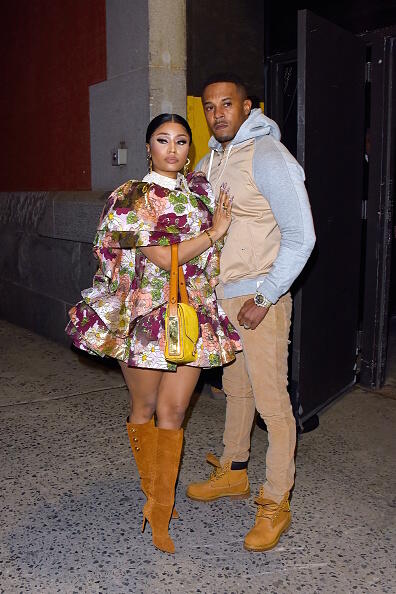 Nicki Minaj caused concern for her six-month marriage by reverting to her maiden name on social media. Her Twitter handle is now “Yikes” and on Instagram she’s “Barbie.”

A source shot down the swirling gossip. They told theNew York Post, (quote) “Nicki Minaj is still with her man. It’s just business as usual for her highness as she prepares to release new music.”

Nicki became Mrs. Petty on Instagram shortly after marrying Kenneth “Zoo” Petty. Then Tuesday morning, she switched back to Nicki Minaj and launched a thousand rumors that she dumped him. Nicki has not Instagrammed a photo with Kenneth for months. That’s often a sure sign they hit a rough patch. (Bossip)